What Happened in this Medical Malpractice Case?

Ms. Heikamp (the plaintiff) fell in her barn while trying to dust, landed on her left arm and suffered a fracture to her left wrist. She attended the same day (a Friday) at the Renfrew Victoria Hospital (“RVH”). X-rays were completed (which revealed the fracture), she was casted and she was discharged with limited instructions to follow up with her family doctor and/or emergency department as needed.

In accordance with those instructions, Ms. Heikamp returned to the RVH the following day and was seen by the Defendant, Dr. Caza, in the emergency room. He took x-rays, which confirmed the fracture and that it was aligning properly, and wrote in his report that he suggested orthopaedic follow-up. The plaintiff knew that she would eventually have to see an orthopaedic surgeon when the cast was due to come off (at roughly 6 to 8 weeks post-fracture), but received no instructions on whether any follow-up was required before that time.

As a result, she returned to a different hospital in 6 weeks to have the cast removed. At that time, the attending orthopaedic surgeon took further x-rays which showed that Ms. Heikamp’s fracture failed to heal properly (it had actually healed in mal union). As a result of the mal union, Ms. Heikamp has suffered, and will continue to suffer, permanent and painful limitations to her wrist and arm for the rest of her life.

At trial, Ms. Heikamp alleged that Dr. Caza fell below he standard of care when he treated her at RVH by failing to make a proper and timely referral to an orthopaedic surgeon. She further alleged that his failure in this regard caused her permanent limitations. Damages for Ms. Heikamp were agreed upon and the trial proceeded on liability only.

What was the Evidence in this Medical Malpractice Case?

Experts testified on both sides. The experts called by Mr. WhiteKnight and Mr. Dart established, among other things, that in this type of circumstance, a referral to an orthopaedic surgeon (or someone well-versed in fracture management) should have been arranged within 10-14 days of the fracture, that the risks of not doing so should have been conveyed to Ms. Heikamp and that any patient visit had to be well documented in the patient’s chart. The Defendant’s expert did not disagree with these as general propositions but testified that Dr. Drummond’s conduct was nonetheless sufficient in the circumstances to ensure that Ms. Heikamp would have known what she was supposed to do for follow-up.

What was the Result in this Medical Malpractice Case?

The trial judge sided with Ms. Heikamp, and found that her evidence along with that of the experts called by Mr. WhiteKnight and Mr. Dart , were more persuasive than that given by Dr. Caza and the defendant’s expert. Through cross-examination, Mr. WhiteKnight and Mr. Dart were able to show that Dr. Caza did not properly chart his dealing with Ms. Heikamp and failed to provide her instructions on, not only the importance getting timely follow-up, but also the risks of not getting proper follow up. His expert opinion was given very little weight because of these important failures.

In the end, Ms. Heikamp was successful at trial and was properly compensated for her injuries. 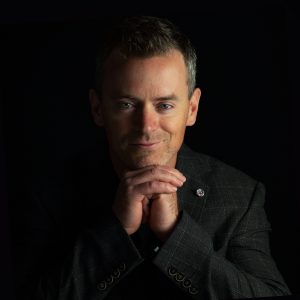 Joseph and his family moved to Kingston and he joined a local firm in 2011, where he gained tremendous experience while practicing civil litigation in a variety of areas, including personal injury. 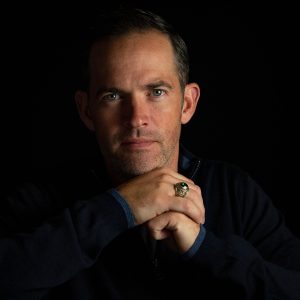 Gavin Cosgrove is a graduate of Holy Cross Catholic Secondary School in Kingston. Upon graduation, he attended Manhattan College (New York, NY) on an athletic scholarship where he competed in track and field. Gavin completed his legal studies at the University of New Brunswick.

Gavin joined Bergeron Clifford in the summer of 2009 and is now a partner with our firm.

What is Medical Malpractice? https://www.youtube.com/watch?v=dqSwirmoG94