Do you own a smart device that is currently on in your home? If so, recent reports out of the United States may highlight a cause of concern for your digital security and privacy rights. Recently, Amazon Echo and Ring devices in the USA have updated to automatically share a small portion of their home wireless bandwidth with neighbours. The only way to stop it is to turn off the feature yourself.

Though Canadian courts have not ruled on smart devices sharing internet connectivity without the implicit consent of their users, if such a feature was to come to Canadian markets, Canadians might have a right under the common law tort of ‘intrusion upon seclusion.’

The law of intrusion upon seclusion was born out of the case of Jones v Tsige 2012 (Ont. C.A.). In Jones, Sandra Jones and Winnie Tsige worked at different branches of the Bank of Montréal but did not know each other. Tsige began a relationship with Jones’s former husband and accessed Jones’s personal bank accounts 174 times over four years. Jones sued Tsige for invasion of privacy and breach of fiduciary duty and sought $20,000 in damages. During the appeal, Ontario’s Court of Appeal recognized the new common law tort “intrusion upon seclusion,” describing it as:

One who intentionally intrudes, physically or otherwise, upon the seclusion of another or his private affairs or concerns, is subject to liability to the other for invasion of his privacy, if the invasion would be highly offensive to a reasonable person.

Opening the door for potential access into one’s networks may mean tech companies have breached the tort of intrusion to seclusion of plaintiffs. With smart devices updating their features without consent, many users may potentially, and unknowingly, be giving hackers, neighbours or other internet users the potential to infiltrate their home networks. If access to your home network is given, the other user may be able to observe everything you do, take over your devices or access files to steal information.

Courts and litigants will doubtless wrestle with intrusion upon seclusion claims in the months and years ahead. For plaintiffs, this means knowing your rights as the Internet of Things (IoT) grows in influence in our daily lives and keeping an eye on software updates for the devices you use. Plaintiffs should consider the Court’s reasoning respecting damages in Jones. In the past, plaintiffs have claimed hundreds of thousands of dollars for privacy breaches. Today, the potential for damages has been significantly curtailed, and plaintiffs would be well-advised to consider whether litigation costs and risks are worthwhile.

For companies this means, preparing and enforcing reasonable, effective privacy policies. Organizations that were already subject to privacy legislation, such as PIPEDA, may be better prepared to defend against this new cause of action but should still be mindful of whether their privacy policies address this new source of potential liability.

For Amazon Echo and Ring users, the best you can do now is check to see if your device has updated recently and follow the steps listed here to ensure your digital privacy and security are protected. If you feel you have been injured as a result of the negligence of another, contact Bergeron Clifford today for your free case assessment. 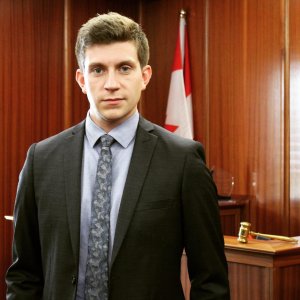 Kanon started at Bergeron Clifford as a summer student learning the ins and outs of injury law. He then completed his articles at our firm before being called to the Ontario bar in 2020.