Home > Insurance > A Brief History of No Fault

A Brief History of No Fault 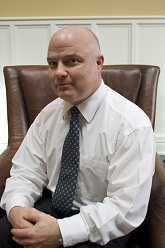 No fault insurance originated in Great Britain and was originally termed ‘knock for knock’. This is probably a better term than no fault to describe what the originating insurance companies wanted.

‘Knock for knock’ in the simplest sense was an agreement in which companies would agree between themselves not to pursue subrogated claims against each other.

What is this subrogated claim you might ask. If you have ever made an insurance claim on your car, home or personal property you have had to sign a form known as a ‘Proof of Loss’. (IBC 2) The Proof of Loss contains a clause allowing the insurance company to step into the shoes of the policy holder after he, she or it has been indemnified. This means that the insurance company is free to try to recoup what it paid as the claim from any other party that may have been at fault for the loss.

As you can see with vehicles this could be quite problematic in that a) disagreements between companies could arise over who is at fault, b) the actual value of the damages, c) whether company A’s policy pays for things not covered by B etc. All these disagreements and discussions consumed a significant portion of adjusting time and resources thus limiting the amount of claims an individual adjuster could handle. The development of special subrogation units relieved some of the file handling pressure from the front line adjusters however resources still had to be allocated and costs incurred. Eventually through actuarial studies and other no doubt highly detailed cost benefit analysis the companies found that the law of large numbers would enter into the picture.

The law of large averages or a bell curve distribution is an easy way to visualize the insurance companies’ claims. In some instances company A would damage company B’s client. Prior to ‘knock for knock’, B would ask A to pay for the damage it did and the arguing would ensure. The shoe would be on the other foot in another instance so company B would be paying company A. With large numbers of claims the companies found that things would even out and then they could forego any subrogation issues without any significant reduction in recoveries while at the same time reducing the need for subrogation adjusters. A reduced claim expenses would follow.

If it is called ‘no fault’ how can I be at-fault? No fault does not mean what it says. There is always fault apportioned in any motor vehicle accident. Fault goes from 0% to 100 %. Within the physical damage (knock for knock) portion o f the claim adjusters use a fault chart (a simple set of diagrams outlining who is at fault and what percentage given different scenarios) to determine the apportionment of fault. Factors such as weather, road conditions and any other factor are not taken into account when determining fault under the fault chart, strictly driver action. Thus arguing with your adjuster that the roads were slippery is a road to nowhere.

Related Posts: I Was in a Car Crash – Now What?,Optional Accident Benefits: How Much Insurance Do You Need After a Car Accident?,An Ontario Injury Lawyer explains Long-term Disability Benefits,Understanding Premises Liability: Who’s Responsible After a Fall?,Social Host Liability in a Commercial Setting,