The number of deadly commercial vehicle crashes so far in 2021 is up.  WAY up.

This is especially surprising considering that COVID-19 related lockdowns were supposed to keep people at home and off the roads.  What should have reduced the amount of traffic and number of accidents seems to have had the opposite effect.  In fact, The National Safety Council says that not only did the rate of roadway deaths increase during the pandemic, that increase is the highest estimated year over year jump they’ve calculated in 96 years!

Earlier this summer, the Ontario Provincial Police (OPP) released its year to date report which included some troubling 2021 statistics.  As a result, the OPP implemented their Operation Safe Driver campaign in mid July.

Operation Safe Driver is a dual faceted initiative aimed at reducing unsafe driving behaviours by educating drivers on how to operate their vehicles and share the road safely, as well as targeting those who fail to do so.

During the week of July 11-17 there was an increased and highly visible OPP presence on provincial roadways where officers were told to exercise zero tolerance with motorists who decide to drive their vehicles unsafely.

Let’s look at some of the statistics from the OPP report that led to the initiative:

OPP spokesperson, Sgt. Phil Young says that although impairment and inattention are the most common causes of fatal accidents, they don’t tell the whole story.  “Transport trucks weigh approximately 60,000 KG.  When you combine that speeds of 80 to 105 km/h, that’s a lot of momentum travelling down the highway”.  In addition, the training transport truck drivers receive may also play a factor.  Andrew Gramann, a truck driving inspector believes that student drivers aren’t taught well or long enough. He says that the six weeks that students are given goes by too quickly and doesn’t allow students to grasp everything before hitting the road.

It will be interesting to see how the statistics for the remainder of the year shake out.  Hopefully the OPP Operation Safe Driver initiative works and as restrictions lift and liberties increase, the number of fatal accidents doesn’t. 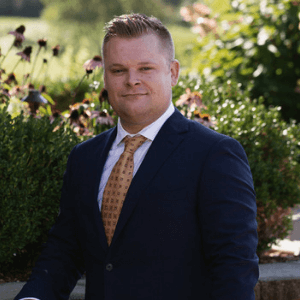 Casey obtained his LL.B from the University of Leicester, United Kingdom, with First Class Honours. While in law school, Casey was a Moot Court champion and represented the school externally in London, England. He was also awarded the Canadian Spring Scholarship.

He has appeared before the Ontario Superior Court of Justice, Small Claims Court, Criminal Injuries Compensation Board, and the Social Security Tribunal.