Janice B. Syck, was preparing for her annual 4-week departure to the warmth of central Florida.

January and February were months that seemed to have become colder since retiring and entering her “golden years”.  Global warming had seemingly left untouched her hometown of Ottawa Ontario during the winter months.

Janice, out of habit, applied for travel insurance each year before leaving for Florida.

Janice considered herself to be in good shape for her age and except for some mild chest pain that she had experienced in the week or two before Christmas, she had been in good health for as long as she could remember.

Janice had mentioned the chest pain to her family doctor during her annual check-up that typically took place in the first week of January.  Janice’s family doctor had seemed unconcerned about the chest pain but thought a follow-up appointment would be a good idea and had arranged for Janice to see a specialist.  The family doctor declared Janice to be in good overall health indicating that the referral was a precautionary step.  He indicated that the appointment was likely to not take place until June or July.  Janice hadn’t noticed any further discomfort and the issue of chest pain (which hadn’t been a significant concern to begin with) receded even further from her mind.

When completing the application for her travel insurance, Janice checked “no” to all of the boxes as she had done so many times before.  In truth, Janice barely read the questions.  She was thinking about her trip and how forward she was looking to “just getting there” and seeing old friends.  With the paperwork completed, Janice signed and dated the application and sent her application package in never giving it a second thought until three weeks later when she collapsed in her favorite restaurant and looked up to see a number of strangers looking back down at her.  A man she didn’t recognize asked if she was ok and told her that an ambulance was on the way.   Janice was to find out later that day that she had developed an embolism in her pulmonary valve that would require surgery the following morning.  The hospital was asking Janice about insurance coverage.

Travel insurance is a contract.

The relationship between the insurer and the insured is governed by the travel insurance contract.

The contract sets out the obligations that exist between the parties.

The application for travel insurance is an important part in the establishment of the contractual relationship.

The application is not simply an “administrative” step.  The insurer relies upon the information contained in the application in order to determine whether they are willing to enter into a contractual relationship with the person applying for coverage.

In the case of Janice B. Syck, the insurance company would request the family doctor’s notes and focus on the reference to chest pain and the resulting referral that was being set up for further investigation.  Janice’s answer of “no” to chest pain in the past 12 months would likely lead to the insurer taking the position that the policy was void and coverage ought to be denied.  Whether Janice’s answer of “no” was the result of forgetfulness or deception would likely not make a difference to the insurance company.

Not all answers on an application will result in a denial of coverage and not all denials are proper denials.  However, an accurate application can avoid the challenges and expense associated with a denial of travel insurance coverage. 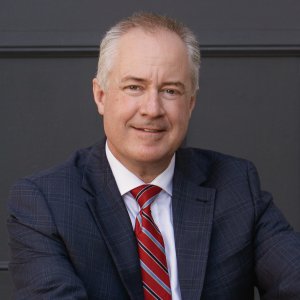